I’m a seaoned pro in travel/ food/culture/health for trade and consumer editorial and custom sites. 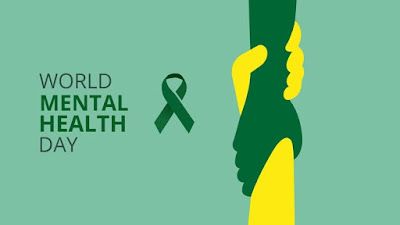 The call came
A three-story roof,
not a big building
serious enough
to break bones.
A day later,
another call comes.
at Jacobi.
I plan.
He drives.
I’m the passenger.
She’ll be there, you know.
I know, I hear myself say,
the mother is always there.
I hate
the stereotype, but it fits.
The mother takes him back.
He doesn’t get better.
He never leaves except
this way.
The cycle—failure,
salvation, failure,
a passive remote control.
Patched up.
Lateral moves
ward to ward.
Suicide watch.
From the p...

Making Poetry An dynamic four-week workshop with Queens Poet Laureate, Maria Lisella, recent Academy of American Poets Fellow, designed to inspire, encourage and lead to poetry making. Participants will write in response to a prompt – visual or verbal - or a poem. No previous writing experience is necessary to participate; sharing your work is optional as is time for supportive feedback. 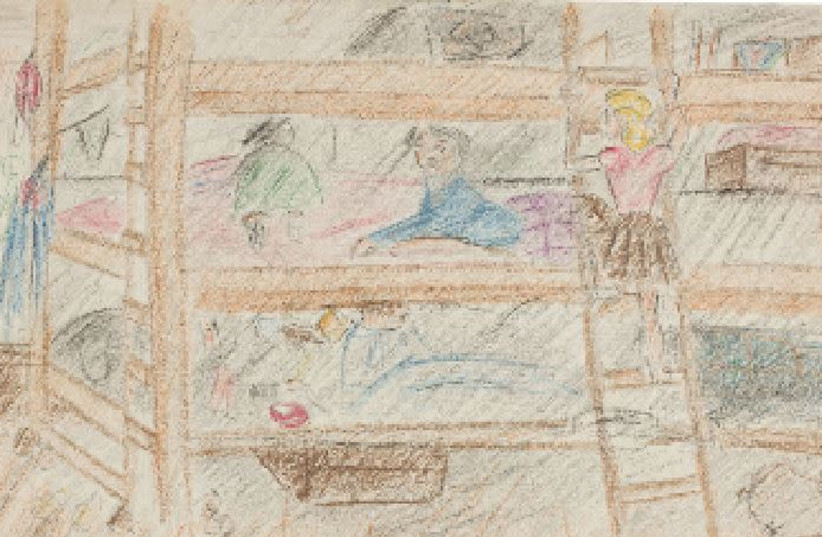 NEW YORK – When Helga Weissova was 12 years old, the Nazis deported her and her parents to the Terezin Ghetto. Precocious and resourceful, the budding artist brought enough art supplies that lasted nearly to the end of her internment.
During this terrible time, she smuggled her drawing of a snowman to her father Otto, who was housed in a different barrack. He advised her, “Draw what you see.” After that, she produced more than 100 drawings.
Now in her 90s, she lives in Prague and she is the s... 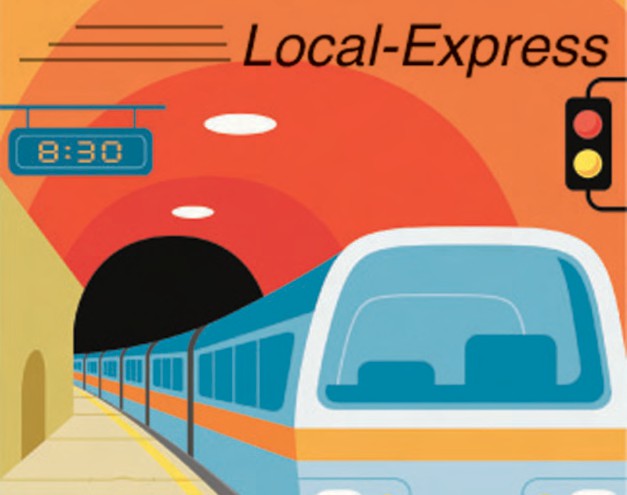 Queens native Maria Lisella is the sixth Queens Poet Laureate and was named a Poets Laureate Fellow 2020 by the Academy of American Poets (poets.org/poet/maria-lisella). As part of her civic poetry programs, she has been leading poetry workshops with Teachers and Writers Collaborative, SAGE, the Noguchi Museum, the Greater Astoria Historical Association and the Queens Library. Her Pushcart Prize-nominated work appears in Thieves in the Family (NYQ Books), Amore on Hope Street (Finishing Line ... 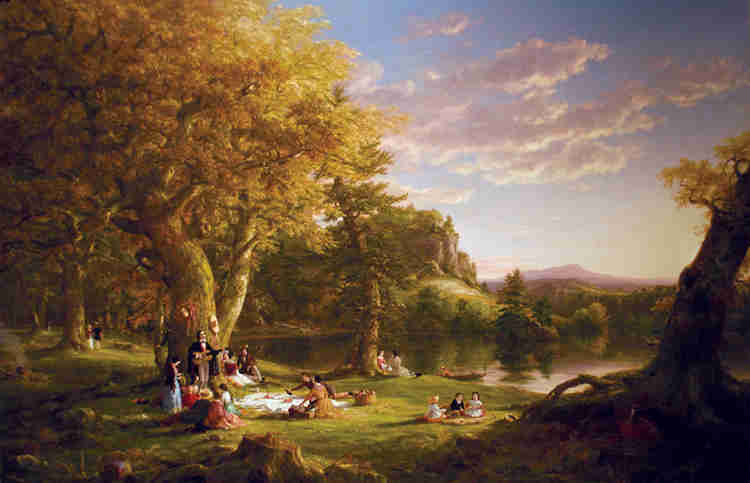 Poetry Friday: "In the company of trees"

"When we are stricken and cannot bear our lives any longer, then a tree has something to say to us:
Be still! Be still! Look at me!"
-- Hermann Hesse (1877 - 1962)
The Pic-Nic, oil on canvas by Thomas Cole, 1846; Brooklyn Museum, New York
Today we share a wonderful poem by Maria Lisella, who was named a Poets Laureate Fellow by the Academy of American Poets in 2020.
Maria is the author of three books of poetry, including Thieves in the Family (NYQ Books, 2014), available at the local, indepen... 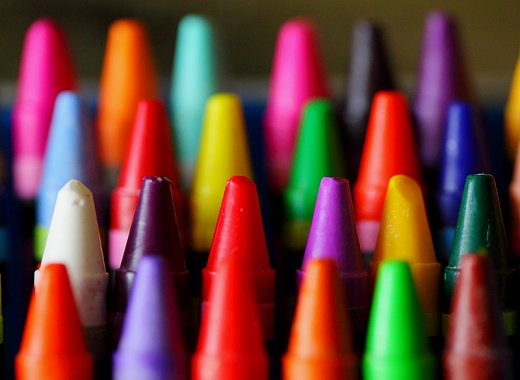 Registration Required! Tues, Apr 20 2:00 pm to 4:00 pm Virtual
Join American Academy of Poets Fellow and Queens Poet Laureate Maria Lisella for a prompt-based, interactive workshop designed to inspire, encourage and lead to a poem. Participants are welcomed to write in response to a prompt. No experience necessa...

Queens is seldom the first NYC borough most people think of when it comes to show biz glamor, but its sprawling identity is somewhat deceptive. Queens...

What happens when a group of strangers join a workshop on Webex during a pandemic? Join us to hear the work of our “Thursday Morning” poets who wrote in a safe place, inspired first by prompts, ideas, and poems and finally each other to produce original poetry. Reading: Nicolette Barsamian; Isabella Calisi-Wagner; Anastasiya Denysenko; Marcia Elwarari; Beth Evans; Julie Forgione; Bruce Grossberg; David Hinchliffe; Melva Lewis; Laura Pantoja; Luvon Roberson; Megha Sood; Judy Trupin; and Maria ... 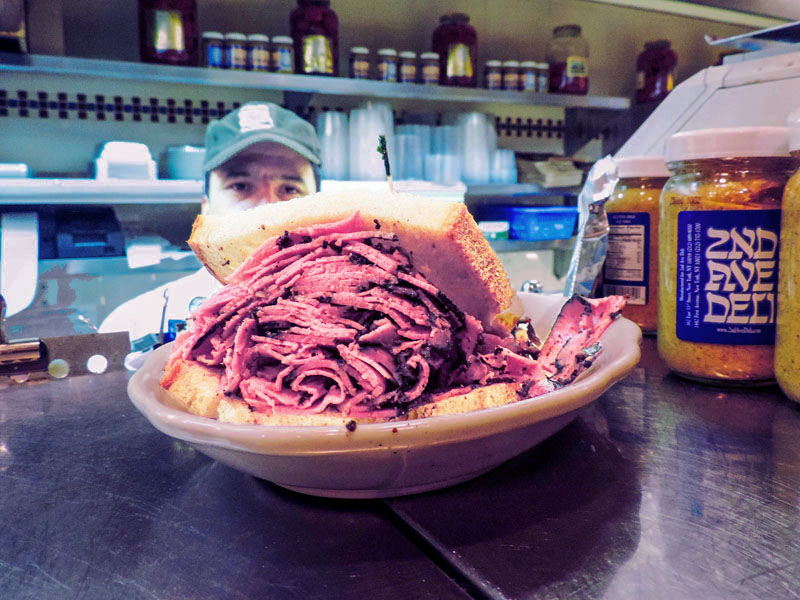 A Guide to Famous Delis in New York City 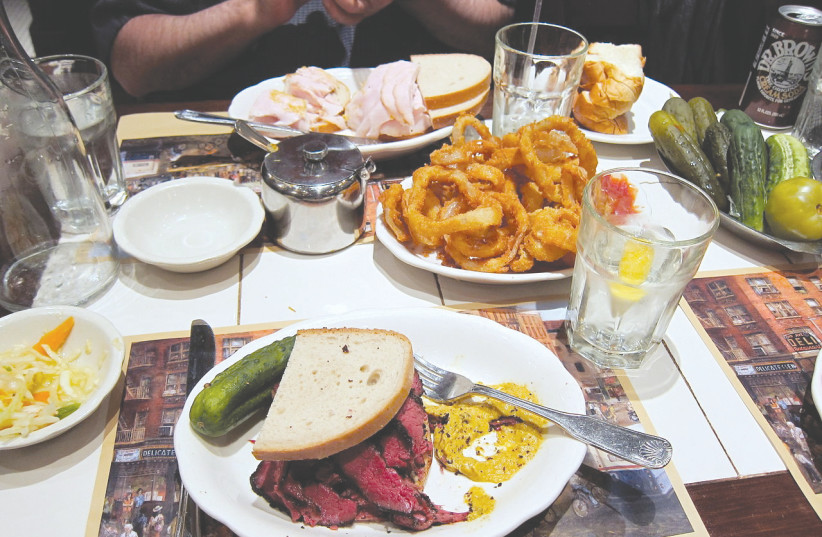 NY Jewish delis kibitz, cajole and strategize through the crisis

The strategies they have initiated during the pandemic include beefed-up websites, designer distribution platforms and private labeling
NEW YORK – Just because there is a pandemic is no reason to lose faith in getting your favorite Jewish deli treats, at least not in New York City. Here delis and appetizer shops have gone from pushcart to posh in a century, with nationwide shipping and new delivery platforms more de rigueur than a knish.
For sure, deli masters, mistresses and owners are all k... 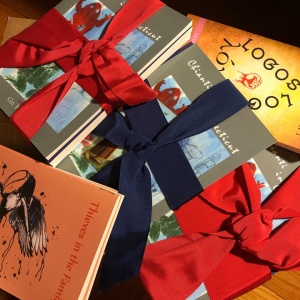 The heart, the passion, the Italian poetry in America. Thanks to the wonderful Maria Lisella

A few days ago, during the inauguration of the new President of the United States in Washington DC, there was a moment when the whole world rediscovered, if ever there was a need, the power of poetry. It was when 22 years old Amanda Gorman, the first person to be named National Youth Poet Laureate, delivered her beautiful poem "The Hill We Climb".

2021 is also the year that Italy dedicates to the greatest poet in the history of mankind, Dante Alighieri, whom we in Italy call “il sommo poeta” ... 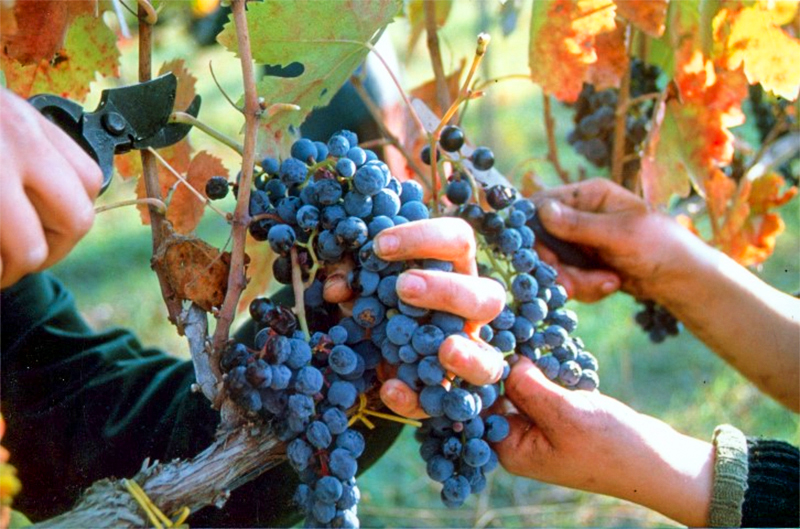 Might Campania’s real treasure be land-locked Irpinia?
Estimated reading time: 8 minutes
By Maria Lisella
The Montevergine Sanctuary, in Italy’s region of Campania, continues to be a traditional stop on one of the oldest pilgrimage routes to the Holy Land. Although it’s not yet rated as one of the top places to visit in Italy, it is amazing nevertheless.
From the cliff of the Sanctuary, on the Paterno massif overlooking the Province of Avellino, you can see clear to the Adriatic off the coast... 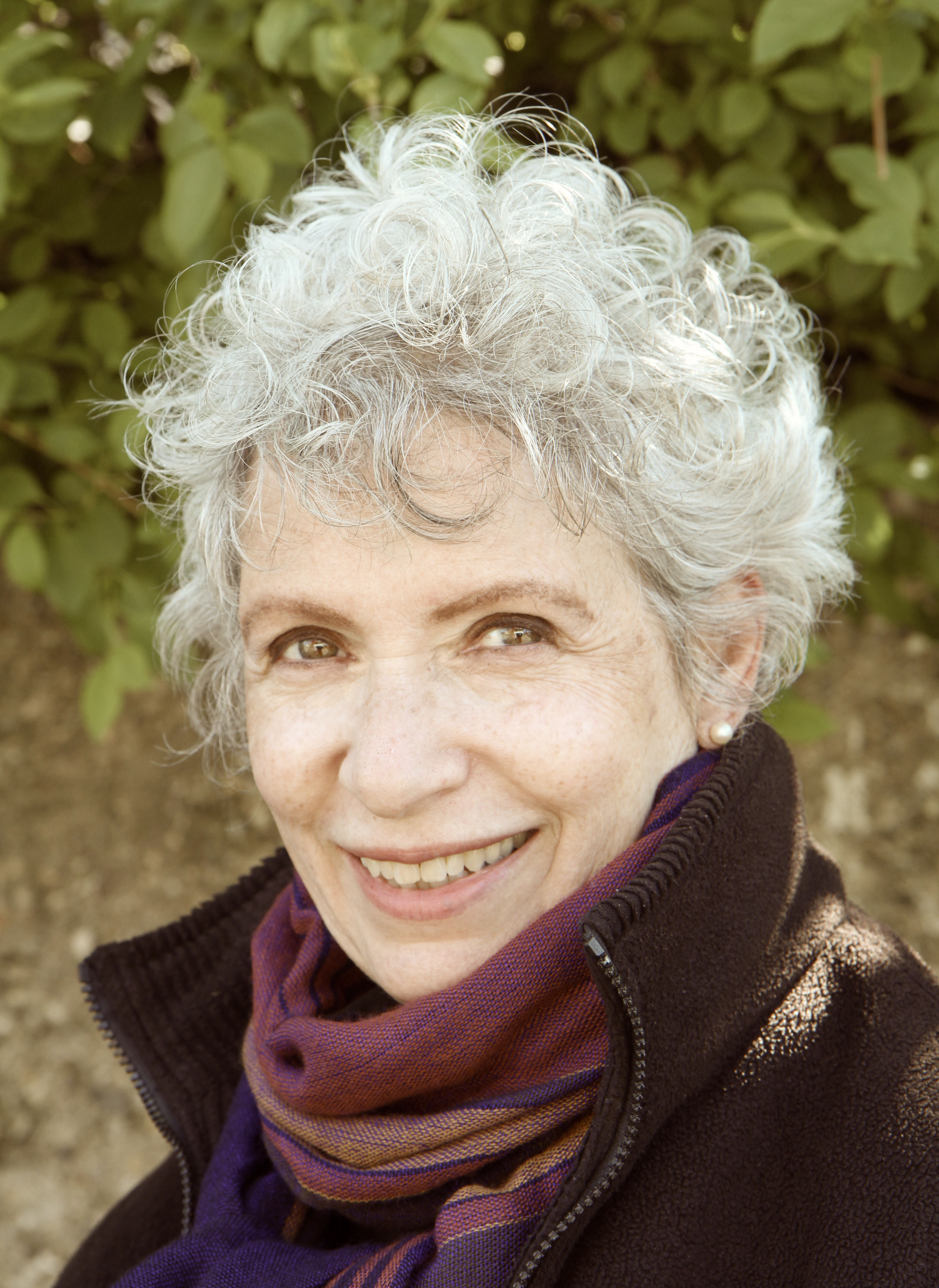 A Poet, A Poem with Queens Poet Laureate Maria Lisella

Join us for a dynamic four-week workshop with Queens Poet Laureate Maria Lisella, recent Academy of American Poets Fellow, designed to inspire, encourage, and lead to a poem. Participants will write in response to a prompt or poem. No previous writing experience is necessary to participate; sharing your work is optional as is time for supportive feedback. Join here: https://queenslib.org/3sjIucC 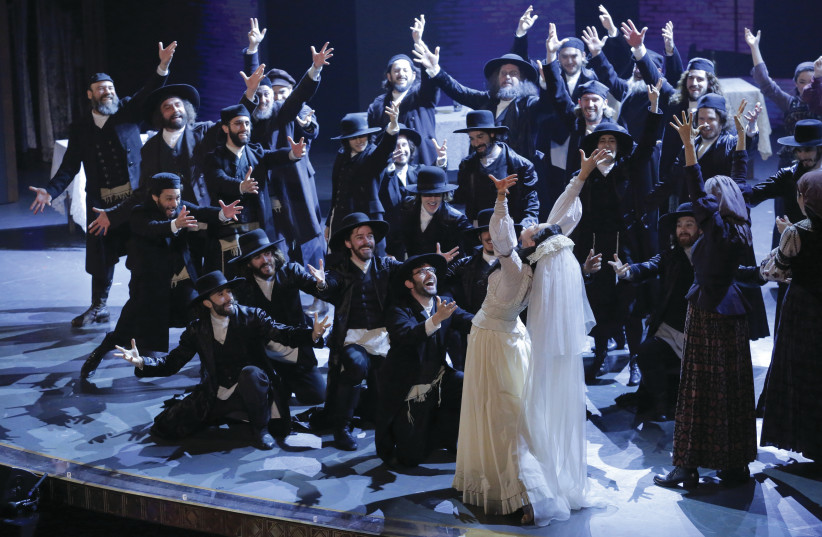 Are efforts to keep Yiddish alive in New York and online behind comeback? 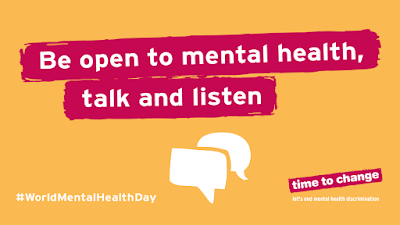 I take notes …
… on my iPhone as if it were a reporter’s notebook, efficient and cool.
Detached, my voice raises itself to inquire to questions I already know the answers to, skull-filed so many decades ago for future reference.
Reams of notes record incidents: calls to 911, a tossed chair, hunger strikes, “behavioral” issues they call them, I surmise when he can no longer tolerate
The cinderblock walls, the fenced-in windows, the odors of bleach and Pine Sol and alcohol, the wails and wants ...